Growing consumption in the developing world, and especially China, has been the main driver in the price of oil for the past years. In 2012 demand from non-OECD countries may overtake that of the developed OECD-countries according to the International Energy Industry.

That China is a big consumer of oil is well known. But what often is overlooked is that China is also the world’s 4th largest producer of oil. However reserves are low – only at 15th place in the world – and onshore oil reserves in the north-east are quickly drying up.

To counter this there is a big focus on developing off-shore and deep sea oil reserves. During the 12th 5-year plan (2011-2015) China is planning to invest US40bn in developing offshore production, and more than doubling production in the Bohai Bay and the South China Sea. The large state-owned oil companies are also making overseas investment in offshore and deepwater operations 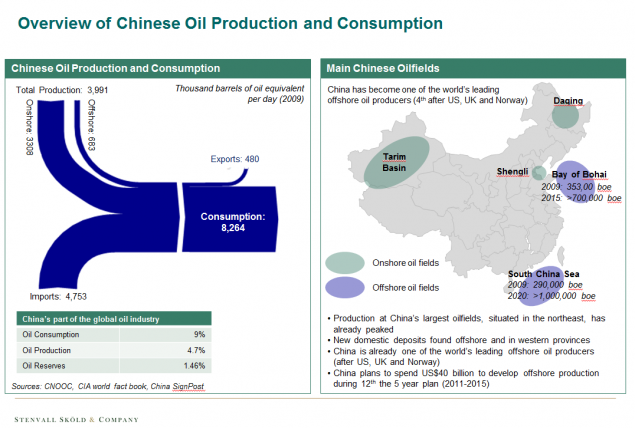