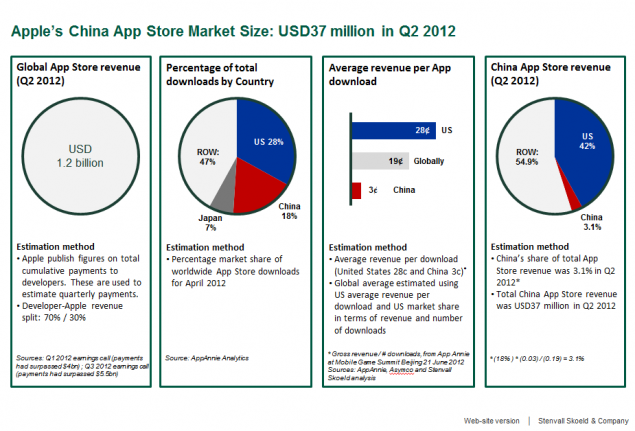 As a consequence of Apple’s hardware success, China has become the second largest App Store market in terms of number of downloads with around 18% percent of global App Store downloads.³

The next challenge for Apple is to get its Chinese users to pay for apps. This is also a key issue for developers of iOS apps targeting Chinese consumers who capture 70% of all revenues on the App Store, with Apple getting the remaining 30%.

So far iOS app developers are struggling to make money in China. One reason is that a large amount of iOS devices in China are ‘jailbroken’, allowing users to download apps for free from alternative ‘app stores’.4 Another challenge is the fact that Chinese users tend to be reluctant to pay for apps, resulting in low revenue per user. 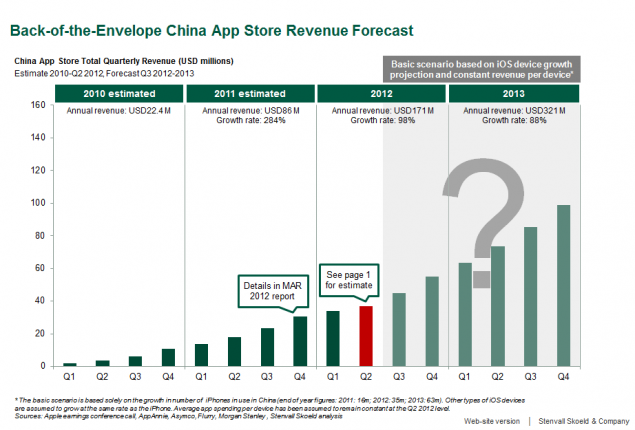